Matter is defined as anything that occupies space and has weight; that is, the weight and dimensions of matter can be measured.

Examples are air, water, automobiles, clothing, and even our own bodies.

Thus, we can say that anything of substance may be found in any one of three states: SOLIDS, LIQUIDS, and GAS.

There is a 4th state called "PLASMA".

Plasma is a substance similar to gas in which a certain portion of the particles are ionized. The basic premise is that heating a gas dissociates its molecular bonds, rendering it into its constituent atoms. Further heating leads to ionization (a loss of electrons), turning it into a plasma: containing charged particles, positive ions and negative electrons.

The presence of a non-negligible number of charge carriers makes the plasma electrically conductive so that it responds strongly to electromagnetic fields. Plasma, therefore, has properties unlike those of solids, liquids, or gases and is considered to be a distinct state from the other three types. Like gas, plasma does not have a definite shape or a definite volume unless enclosed in a container; unlike gas, under the influence of a magnetic field, it may form structures such as filaments, beams and double layers.

Another example of plasma would be our own sun.

Plasma was first identified in a Crookes tube, and so described by Sir William Crookes in 1879 (he called it "radiant matter"). The nature of the Crookes tube "cathode ray" was subsequently identified by British physicist Sir J.J. Thomson in 1897,and dubbed "plasma" by Irving Langmuir in 1928,perhaps because it reminded him of a blood plasma. Langmuir wrote:

Except near the electrodes, where there are sheaths containing very few electrons, the ionized gas contains ions and electrons in about equal numbers so that the resultant space charge is very small. We shall use the name plasma to describe this region containing balanced charges of ions and electrons.

(back) (top) (next) (return to basic electronics page) 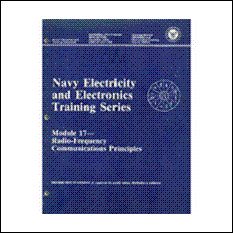